“Firebase Test Lab is a cloud based app-testing infrastructure. With one  operation, you can test your android or iOS app across a  wide variety of devices and  device configurations, and see  the results—including logs,  videos, and screenshots—in  the Firebase console” –  https://firebase.google.com/docs/test-lab/

Robo test is a test tool that is integrated with Firebase Test Lab.  Robo test analyzes the structure of your app’s UI and then explores it  methodically, automatically simulating user activities. Unlike the UI/ Application Exerciser Monkey test, Robo test always simulates the  same user activities in the same order when you use it to test an app on  a specific device configuration with the same settings. This lets you use  Robo test to validate bug fixes and test for regressions in a way that  isn’t possible when testing with the UI/Application Exerciser Monkey  test.

Robo test captures log files, saves a series of annotated screenshots,  and then creates a video from those screenshots to show you the  simulated user operations that it performed. These logs, screenshots,  and videos can help you to determine the root cause if your app  crashes, and can also help you to find issues with your app’s UI.

Activity map from one of my products

Instruction testing is located at module-name/src/androidTest/java/

These are tests that run on a hardware device or emulator. These tests have access to Instrumentation APIs, give you access to information such as the Context of the  app you are testing, and let you control the app under test from your test code. Use  these tests when writing integration and functional UI tests to automate user  interaction, or when your tests have Android dependencies that mock objects  cannot satisfy.” – https://developer.android.com/studio/test/ 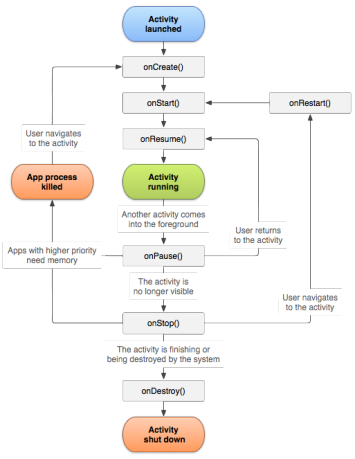 • From the Google Android developer site: “The Espresso testing framework provides a set of APIs to build UI  tests to test user flows within an app. These APIs let you write automated UI tests that are concise and that run  reliably. Espresso is well-suited for writing white box-style automated tests, where the test code utilizes  implementation code details from the app under test.”

• From the Appium introduction page: “Appium is an open-source tool for automating native, mobile web, and  hybrid applications on iOS and Android platforms. Native apps are those written using the iOS, Android, or  Windows SDKs. Mobile web apps are web apps accessed using a mobile browser […]. Hybrid apps have a  wrapper around a “webview”—a native control that enables interaction with web content.”

• Why is Espresso (vs. Appium)? – https://saucelabs.com/blog/appium-vs-espresso

• Appium is designed to be a cross-platform test platform. As such, one of the trade-offs focuses on “black  box testing” which only tests what has been exposed externally to the application. Using the Android  UIAutomator framework, Appium can access all the UI elements that a user will see. Two of the benefits of being  external to the application are the ability to validate the data going to and from the service layer behind the  scenes, and the ability to execute simulations by telling the app the device has rotated, or that the home button  has been pushed.

• It provides automatic synchronization of test actions with the UI of the app you are testing • It has access to UI objects’ internals, it can test WebView, i.e. hybrid applications

• It can test only one application at a time, and doesn’t have access to device resources, say, notifications, turn  on/off wifi

• However, this could be easily solved by creating combined tests with UI Automator – https:// qathread.blogspot.com/2015/05/espresso-uiautomator-perfect-tandem.html

• Its key features include cross-app functional testing, the ability to test multiple apps, and switch between  installed and system apps

• It is a black-box testing tool (i.e., a test developer doesn’t need to know the internal app structure and can rely  entirely on visible UI elements)

• espresso-intents – Extension to validate and stub intents for hermetic testing. 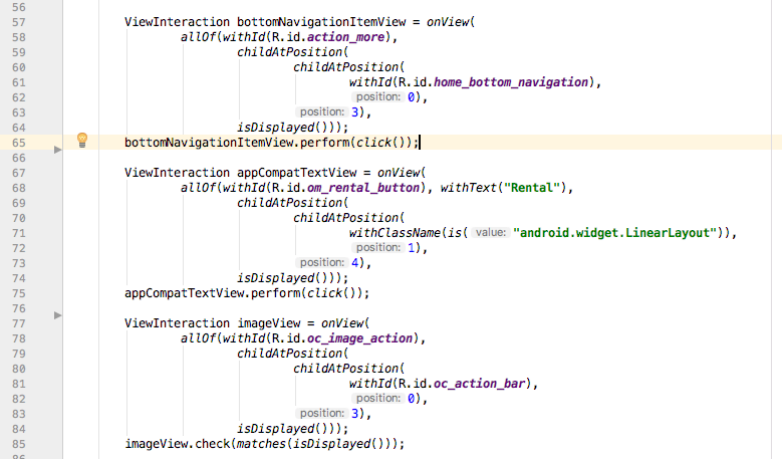 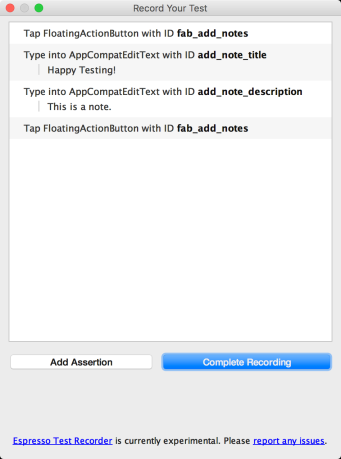 • One place to provide a shared vision of code quality for developers, tech leads, managers and  executives in charge of a few to a few thousands projects and also to act as a toll gate for  application promotion or release.

• SonarQube provides the capability to not only show health of an application but also to highlight  issues newly introduced. With a Quality Gate in place, you can fix the leak and therefore improve  code quality systematically.

• Code coverage analysis is the process of:

• Finding areas of a program not exercised by a set of test cases, • Creating additional test cases to increase coverage, and

• Determining a quantitative measure of code coverage, which is  an indirect measure of quality.

• An optional aspect of code coverage analysis is:

• Identifying redundant test cases that do not increase coverage.

• Testing pass rate is NOTHING without CC

• This metric reports whether you invoked each function or procedure. It is useful  during preliminary testing to assure at least some coverage in all areas of the  software. Broad, shallow testing finds gross deficiencies in a test suite quickly

Code Coverage – How it  works – Cont’d 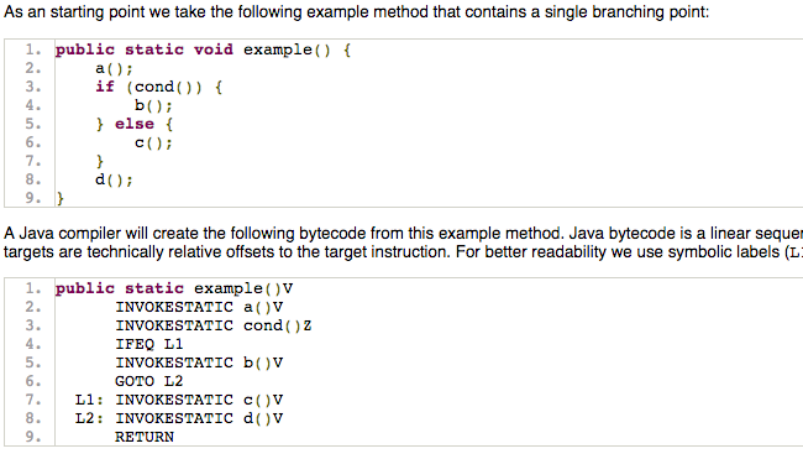